I'm going to publish one game per month in 2022. Whatever I happen to have on the last day of the month will show up here.

This is a game about doodling little forest scenes. It will teach you how to draw little oak trees, which provide shade for clovers, which make flowers that bees like, which then pollinate your oak trees so you can start over and draw more oak trees. It's a calming experience, though I never really found that "thing" that would make it pop. I think doodle games could be a fun little genre and I hope to make more.

This is a single player RPG that was originally made for the Dying MMO Jam. It's main project page is over here. I think the core concept here is really compelling, there's a lot of high and low level choices to make about how you guide your character, risk-reward trade offs, and an evocative little world to explore. I'm reasonably happy with how it turned out, although I'm sure it would still benefit from more time. The design was a bit too labor intensive for what I'd like to be making - balancing all the little activities in the different zones was a lot of work and I feel like I didn't have as much time for doing other life things in February because I had to get this game into a reasonable state. The fact that I had two deadlines (the jam and the end-of-month) made it a bit more stressful too.

When I started this project, I decided that the rule was going to be that on the last day of the month I'd publish whatever I had. March's game is the spiteful outcome of that bad idea. I had about 10 false starts over the course of March and didn't really end up with a proper game. I tried a few ways of making an open world game for Kate's jam over on GT but nothing really stuck.

The journaling game phenomenon confuses me. I haven't found any that inspire me to write at all, so I wanted to try making one that might do so. I thought maybe making a lot of restrictions on what you could write might help, but it didn't really. I have some kind of weird mental block about writing, it really is torture and I get very self conscious about it. I tried to give this game a bit more character, and maybe if I had started on this game from the beginning then I'd have something polished enough to maybe work. As it stands, though, it's just something I slapped together at the last minute.

This one started as an attempt to make a Harvest Moon / Stardew Valley inspired crafting kind of game, and it morphed in some funny ways. It's now a rather dense game about the interactions between natural phenomena - dandelions feed off their fellow plants, who drain the water out of ponds to reveal the frogs beneath. You can make booze to pay off the lumberjack to chop down trees for you, or go searching for the boar who will push them over if you give him the right snacks.

I've been playing a lot of Magic the Gathering, so little card synergies are on the mind in a big way. I think it wound up a bit dense - I wanted to keep the number of cards on the board minimal, to save desk space and to reduce the number of cards I had to make and balance, but to do that each card has to be more nuanced and interact with others in more intricate ways. I found myself really poring over how to set myself up a few moves in advance, and had to tone down the difficulty a bit, not so much because it was untenable but because it really was starting to get far away from the relaxing, edenic feel I was going for. The other MtG DNA in here are the little creature fantasies implied in the rules, which I think came out really well.

Rule writing continues to be elusive, I did my best. Please feel free to reach out to me for clarifications.

So I did go in order didn't realize that I should probably read the directions of each section in full because I did not do the branches and their leaves in the right sequence for the first tree, but luckily I was able to expand my forest down the line.  I really enjoyed making the clover. At first I was a little daunted by the idea of drawing 50, but they are so fun to try to do in one swipe that it was fun. I look forward to seeing where doodle games go! This was interesting to get to do outside of the computer though. 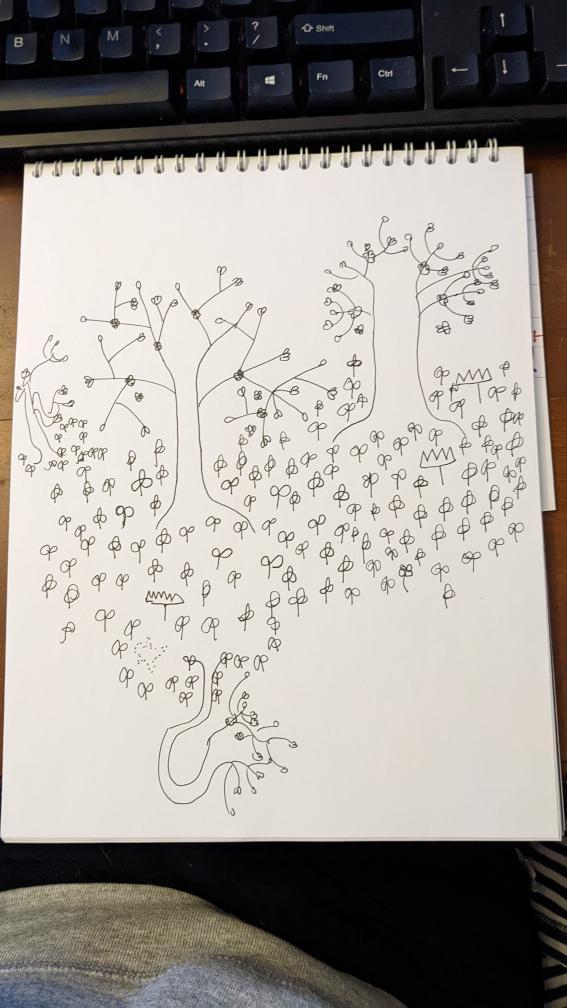 Thanks so much for checking it out :) Writing the rules in a way that they're fun and not confusing to follow along with is definitely a new skill to learn, but I think there's a lot of potential for beauty there. It reminds me of writing code for computer games, but the artistry in code gets totally hidden from the player. 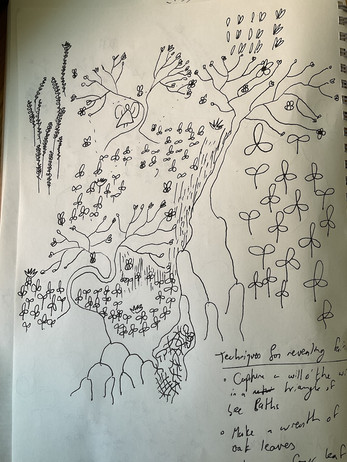 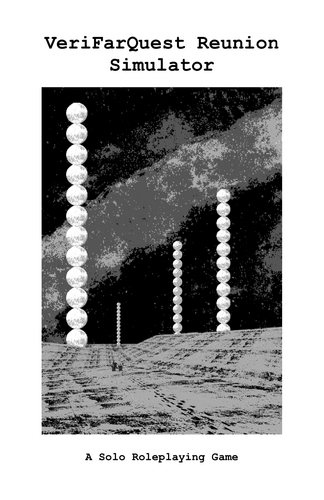 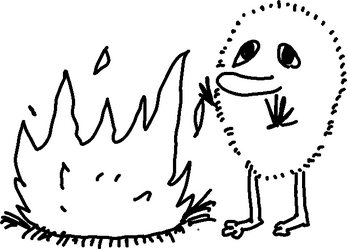 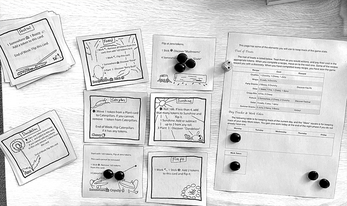